An introduction to live action role playing, as shown by Siar Geata, the Oceanside Chapter of Amtgard! 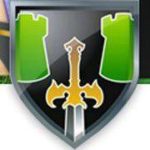 Amtgard is a medium touch Buffer game, first developed in Texas. It uses foam weapons and has an intricate magic system that can be used for simple objective games, like capture the flag, to complexe quests with fully developed plot lines. Though it was developed in Texas, there are chapters in every state in America, in Canada, England, and Croatia.

Besides games, Amtgard is also dedicated to arts and crafts, encouraging players to make their own gear both by offering facilities to do so, and by awards. If one excels in their art, they can even become a Master, which makes them eligible for knighthood.

Siar Geata is a Duchy in the Kingdom of Westmarch. Founded in 2006, it is the furthest Southern park in the kingdom. It meets in Oceanside California, on Fridays, for crafting, Saturdays for the main event, and on Tuesdays to practice fighting skills. 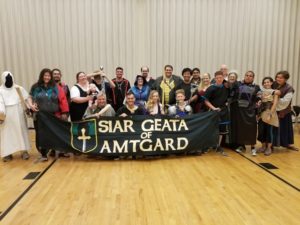 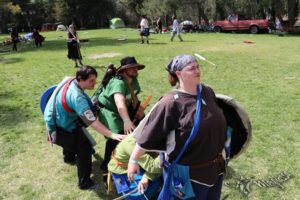 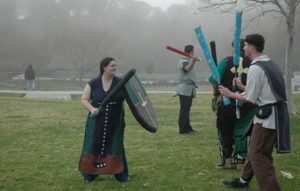