Anime/Manga X Western Comics: The Weird, the Obscure, and the Awesome

You may not have realized, but western comics have crossed paths with the anime/manga medium A LOT over the past few decades. I’ve made it my job to find the most interesting, obscure, and weird crossovers you may not have heard of: like the Avengers cartoon created by the studio behind Dragonball Z (that we never got) or over a decade-long run of Dirty Pair American comics. So, join me as we talk about odd adaptions, crossovers, and anything else that may fall in-between. 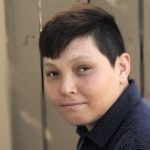 Caleb Gillen is a lot of things. He’s a gigantic nerd when it comes to video games, comics and anime. He’s at least one-third robot. He has a secret lair complete with secret underwater entrance. He can transform into a monster-fighting hero, complete with overlong transformation sequences and theme music.

But most of all, he’s a writer that loves talking about pop culture, and currently writes for his own blog, Otaku-DNA, and video game website the Overpowered Noobs.