We wouldn’t be where we are now without some awesome community support – from media partners to fan groups, we appreciate a strong showing of community support!  Please visit their website and follow them on social media! 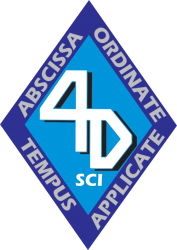 4DSci is 3D Visualization done over time. The ability to explore locations, events, data, or concepts in what was, till now, only a dream. 4DSci was developed for the sole purpose of bringing Virtual Reality to education, bridging the gap between textbook and reality. Our goal is to ensure 4D education becomes accessible to all. Through technical services, software, hardware, and consulting, 4DSci brings content standards to life for students.

Take your students back to Medieval Europe, inside a plant cell, or to see the pyramids! 4DSci develops the tools, technology, and systems to take students on an educational adventure without having to leave their seat. Learn more at www.4dsci.com

Comic Crusaders Presents The Undercover Capes Podcast Network. We are hosting a variety of podcast aimed at all comic enthusiasts. We have a DC podcast called The Definitive Crusade, a Marvel one called NO-Prize Podcast, an Indy podcast called Flipside Focus, another program dedicated to the comic verse on the big and small screen called Sloppy Spoilers and we dig in deep with creators in Outside the Panels and a lot of other shows!

If you want to hear some of what we do, you can check out our network of amazing podcasts at www.undercovercapes.com 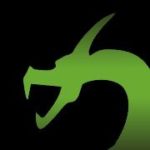 Gamercon is a San Diego company formed by a group of passionate geeks and gamers that is dedicated to bringing you exciting experiences throughout the year! We have specialists in all areas of gaming, who bring their passion for gaming to our organization. Doing research on their area of expertise isn’t work, it’s something they do for fun. And we bring that experience and excitement to you.

Gamercon’s vision of the future is to unite Southern California gamers, geeks, cosplayers, and fun-loving folks have come together in a strong community that we can continue to develop. We want to live in the gamer utopia where our events are the biggest thing happening each month, because we provide the best tournaments, prizes, and community atmosphere available.  Learn more at www.gamercon.com 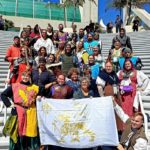 The Kingdom of Terre Neuve is a chartered division of the Adrian Empire. They  are committed to historically accurate reenactments of medieval life, art, and combat. The Adrian Empire covers primarily southern San Diego County and Imperial County, CA. The Adrian Empire is an international organization with chapters throughout the United States and Canada, including some U.S. military bases.

To see which chapters are in your area, you can visit the Adrian Empire website: 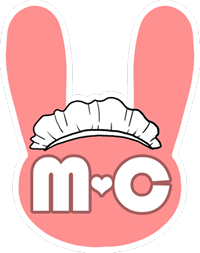 Mochi Cafe is an eclectic blend of Japanese pop culture and the celebration of friendship and fun based in San Diego, California, founded by Andrea Cash and Stephanie Moore in 2009.

Inspired by the maid cafes in Akihabara, Japan, Mochi Cafe entertains guests through games, dance, and song. Unlike the traditional black and white attire, maids and butlers of Mochi Cafe bring a colorful and fun brand of cultural entertainment for all ages.  They bring a unique experience of Japanese Maid Cafes to the United States so all fans of Japanese Culture could enjoy!

The San Diego Star Wars Society is a Non-Profit charitable and community service organization. We have been celebrating all things regarding the Galaxy far, far away since 2002. We are a family friendly organization and there is no cost to participate. Visit their website at www.sandiegostarwars.com 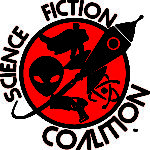 Science Fiction Coalition is a private club of science fiction fans that loves to give back to the community.  We support charities,fundraisers, conventions, and special events.

We also love to show and express our fandom of Sci fi to the Universe.  Learn more at www.scificoalition.org.

Starburner Galactic Courier Service is a San Diego based makers guild. We focus on creating props for exhibits and installations centering around science fiction/fantasy themes colored with the imaginative world of steampunk. Our work encompasses a wide range of genres and subjects such as Star Wars, Doctor Who, Harry Potter, Jules Verne, H.G. Wells, Victoriana, Steampunk, Dieselpunk and more. Our talented team specializes in everything from miniatures to costumes and accessories to full scale flying machines. And that’s just scratching the surface! We don’t just create an exhibit, we create an adventure!